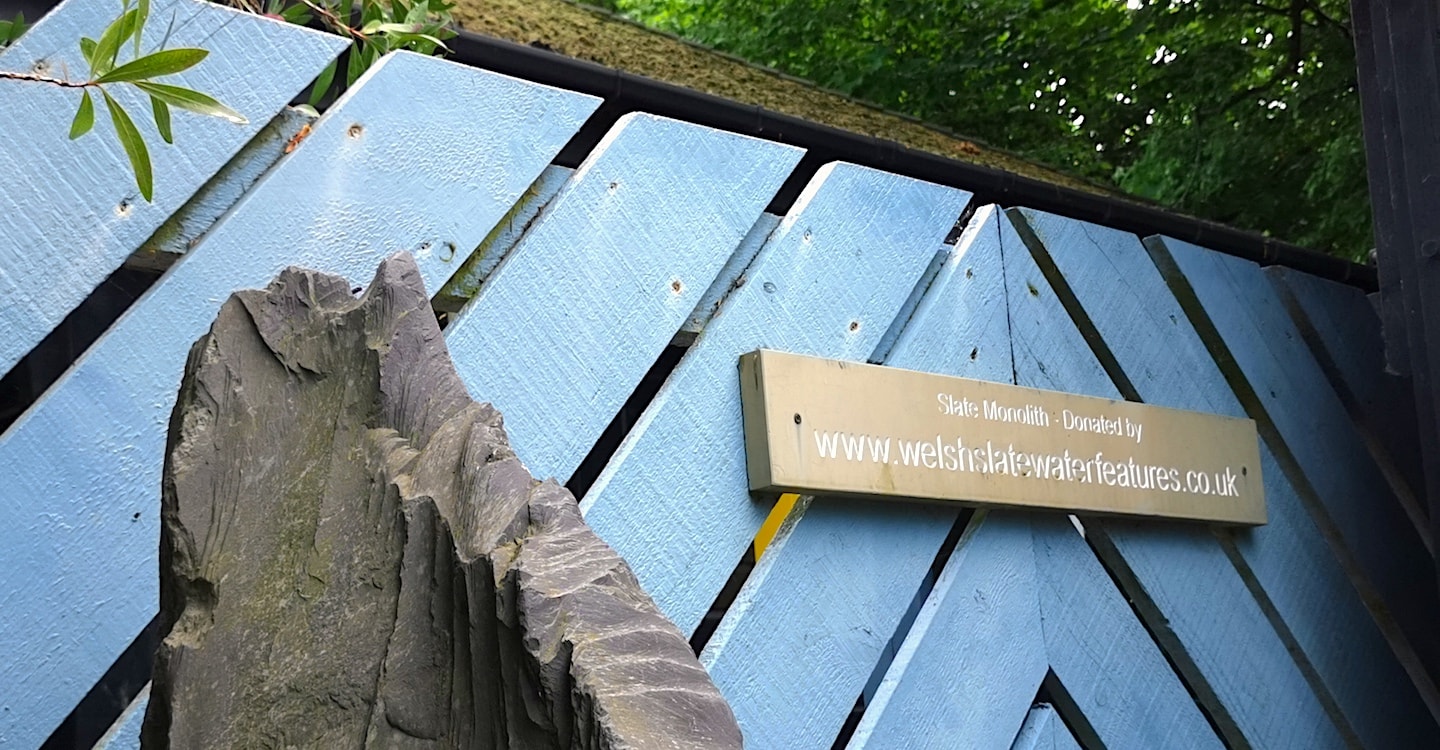 Totalling 200 acres of green open spaces and woodland, Royal Victoria Country Park is located in Netley, Hampshire, with a shingle beach which opens out onto the popular Solent stretch of water.  Adjoining the water and located to the edge of the park is the home of Netley Sailing Club.

Welsh Slate Water Features owner Ioan Raymond lives less than a mile away from this beautiful location, and it became his daily route for dog walking and as well as catching stunning sunrises and sunsets along the shore. Keen to give something back to the park, Ioan got in touch and discussed the idea of donating a large slate monolith water feature to the park to enhance this beautiful setting even further.

The friends of the park visited the workshop and selected a large plum coloured slate monolith complete with reservoir and pump kit and also chose a range of slate Chippings and smaller slate boulders to compliment the design and integrate further into the natural rustic surroundings. The monolith is placed near to the cafe area which has recently undergone a large refurbishment and a new Pizza Bar is due to open soon. We are very selective of the communal garden projects that we get involved in and there has to be a strong connection between people and place.

Facilities include a large cafe area, outdoor play area a number of outdoor seating areas to enjoy the stunning views, toilets, dog wash facility, a miniature railway which is very popular in the Summer and more recently a glamping site with a large number of bell tents available to hire. BBQ pitches / sites are also available but these do get booked up well in advance in the peak holiday season.

The chapel is all that remains on the main site, but between 1863 and 1966 it was home to the Royal Victoria Hospital. Due to the proximity to the water, a large pier was constructed that stretched right out onto the Solent where boats could bring soldiers and patients in as well as a train line to the rear of the hospital which was used to bring wounded soldiers and patients in for treatment. The park is also home to Commonwealth War Graves Cemetery located on the North, East side which can be accessed along the footpath and cycle path leading towards Hamble. Approximately 750 casualties of the First and Second World War were laid to rest here.

Buy a unique large stone monolith similar to the one at Royal Victoria Country Park. In addition to genuine Welsh Slate, monoliths are also available in Portland Stone, Purbeck Stone and Granite. Free delivery is an option for most UK postcodes.