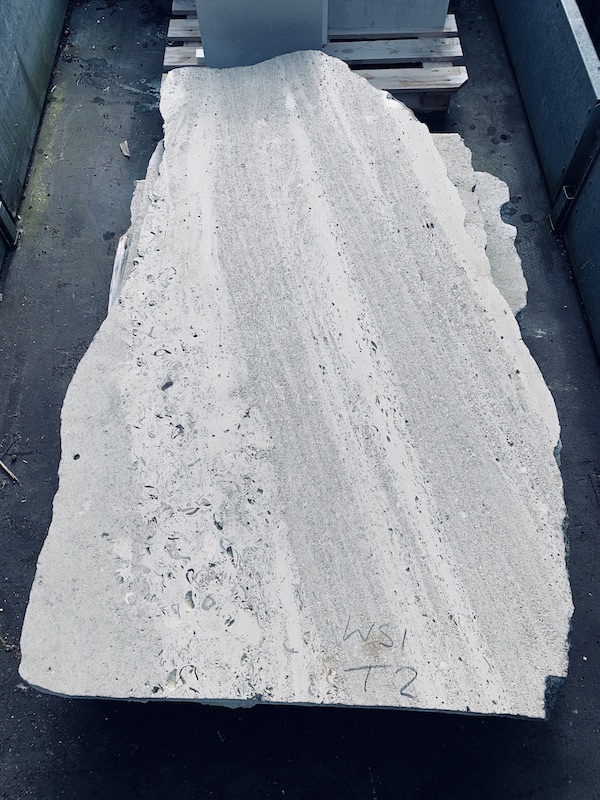 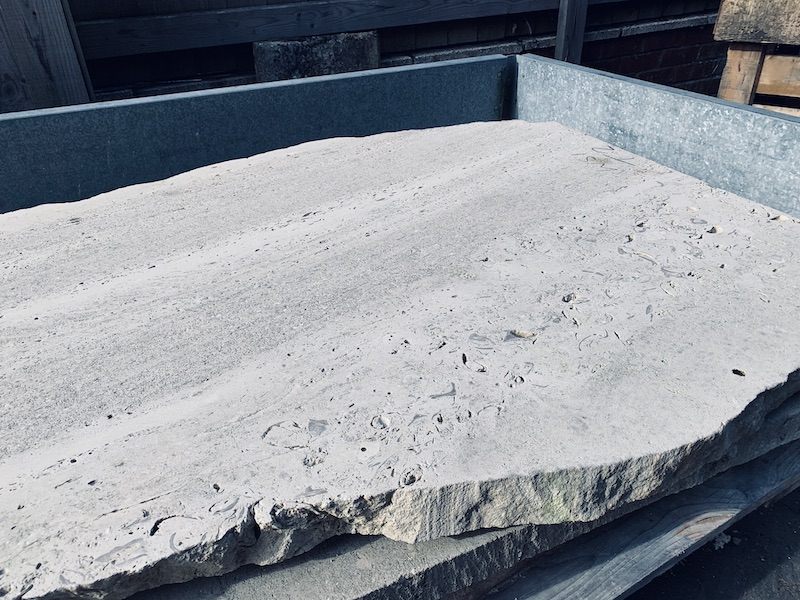 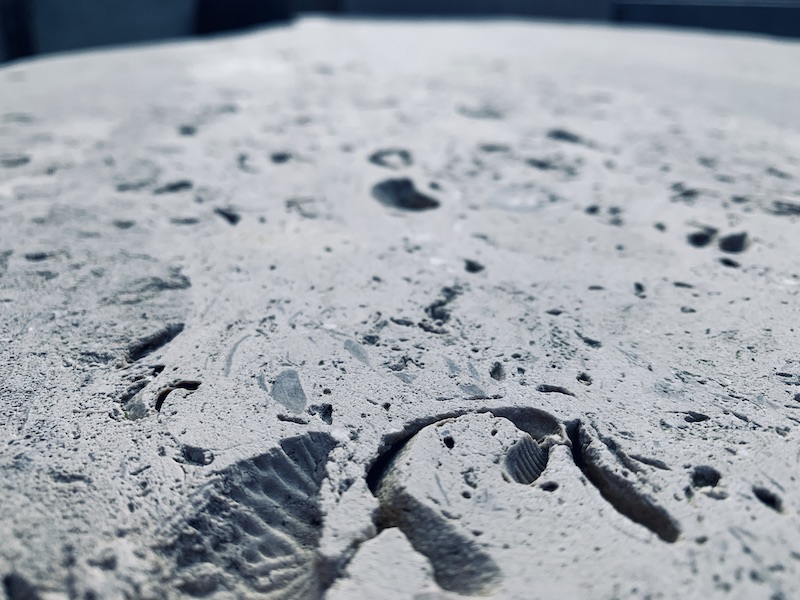 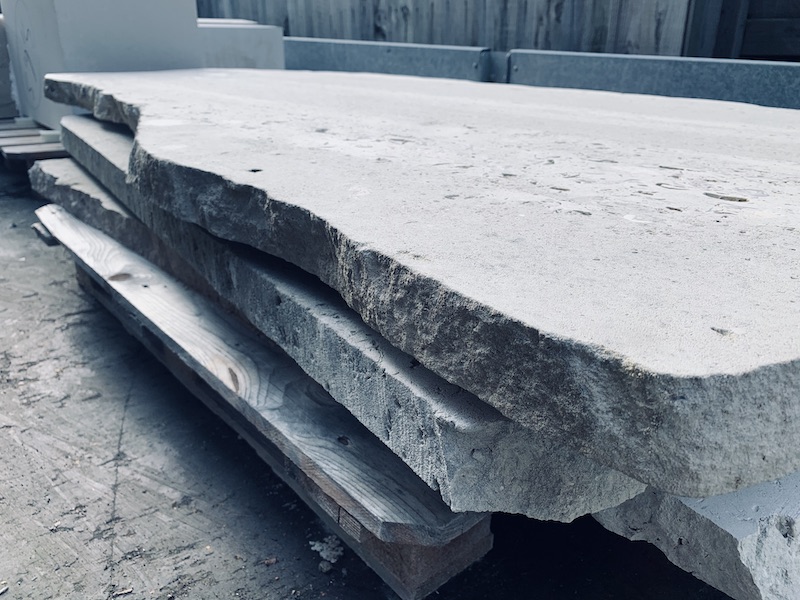 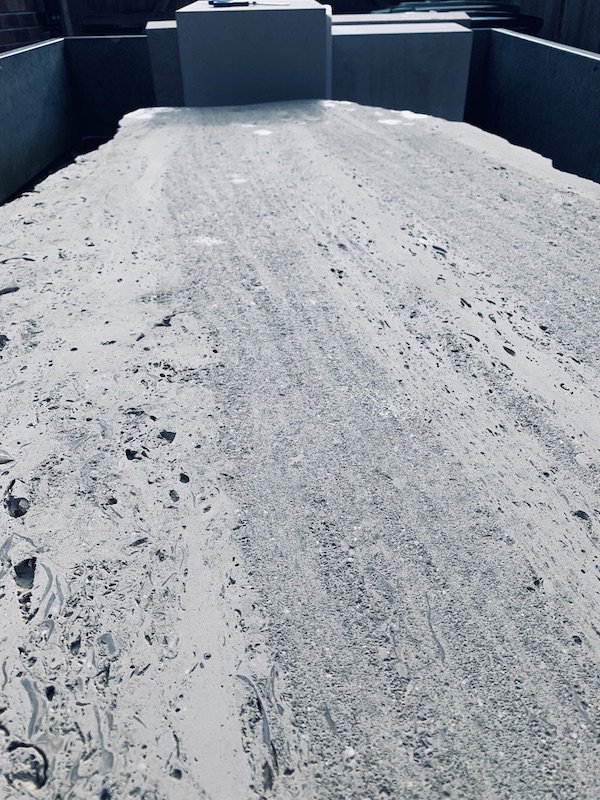 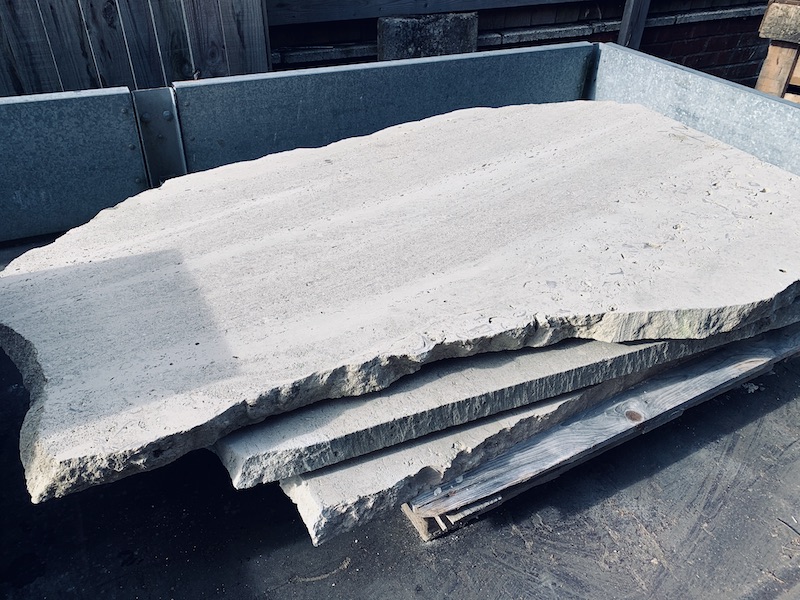 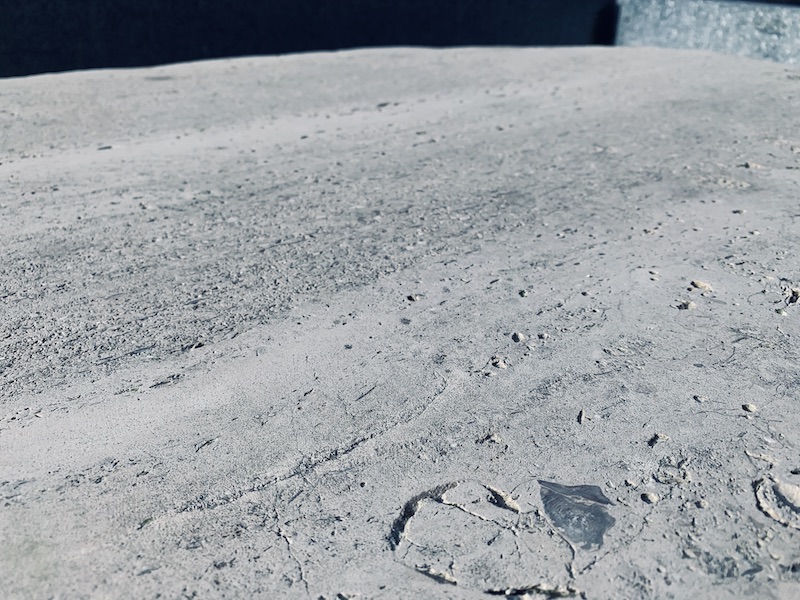 Portland Stone Slab PSS1 is an XL feature stone measuring just over 1.6m long. Suitable for a range of uses such as bespoke water feature, bridge, waterfall ledge, stepping stone or outdoor table top. Full of fossils and shells, this striking piece of natural stone is suited to a contemporary garden design.

Portland Stone Slab PSS1 is an Extra Large single piece of world famous Portland Stone measuring 1.65metres long.  This was collected direct from the quarry in Portland on the Jurassic Coast, Dorset, during Ioan’s last visit to collect a number of orders of bespoke stone. This piece could be incorporated into a number of different designs for different purposes. It could work well as a single feature slab, large stepping stone or bridge crossing merging multiple zones within a garden. The creamy white colour would work well in both a modern contemporary design as well as a rustic traditional Cotswolds style. Portland Stone Slab PSS1 could be drilled in the centre to transform it into a water feature but would require an extra large water container such as a Finia 1800 to be able to collect and recycle the water. Another idea is to utilise as a Table Top and I have a large Portland Stone block to act as the supporting base.

There are no reviews yet.